CWP is one of the global pioneers of ultra-large-scale green hydrogen hubs. These bold projects of massive scale will play a major role in pursuing the rapid transformation of the global energy system.

With 140+ GW now under development, we have the ambition and scale to contribute meaningfully to achieving the goals defined in the Paris Agreement, and to securing a safer climate future. 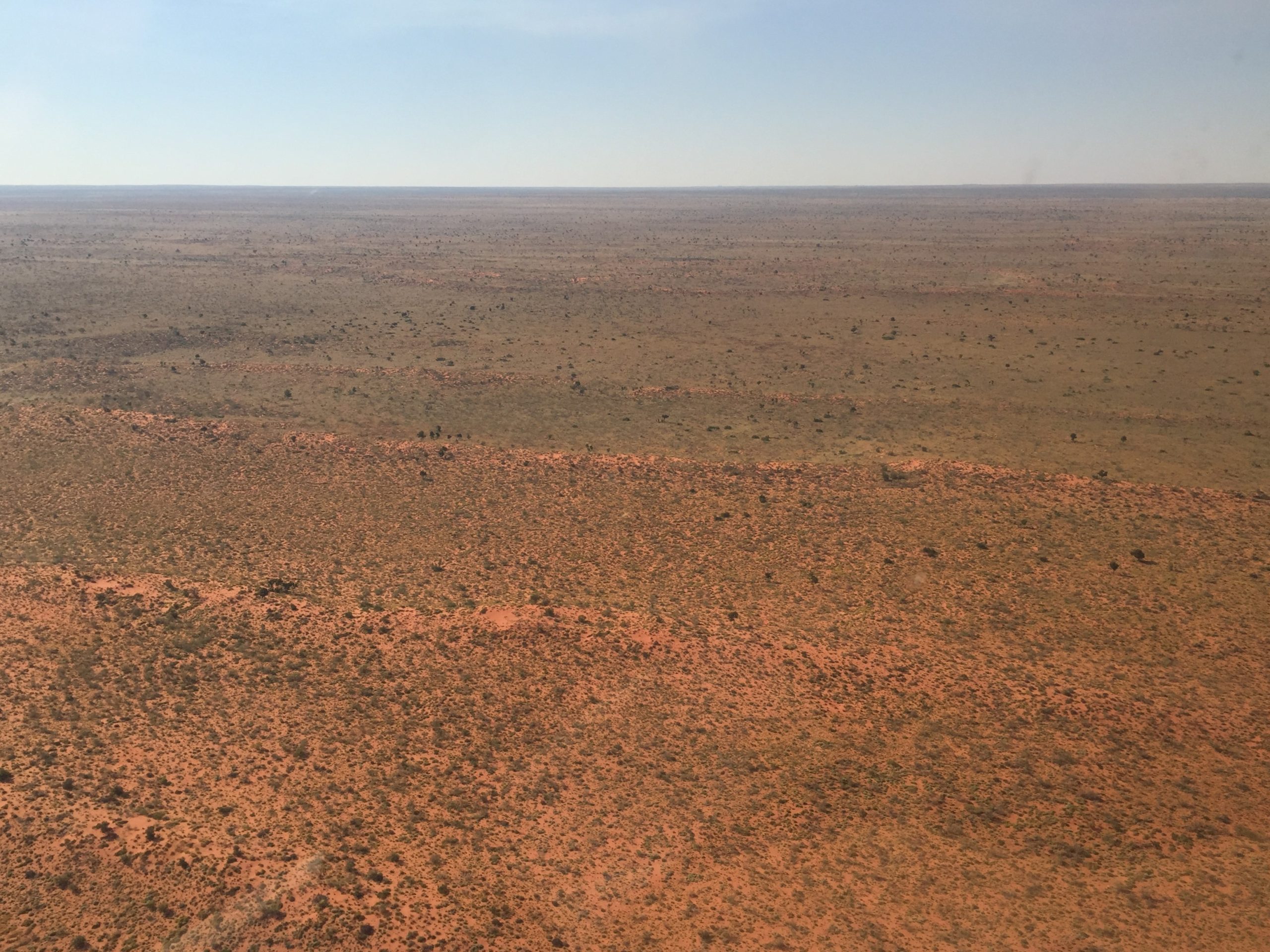 Our mission is to harness the world’s best renewables resources to produce some of the cheapest green energy, hydrogen and ammonia available worldwide. We are doing this in locations that offer the opportunity for projects at ultra-large scale, responding to the urgent need to accelerate the world’s transition away from fossil fuels. Our first, flagship, massive-scale green hydrogen project, the Asian Renewable Energy Hub (AREH), has been in development by CWP and its consortium partners since 2015, and is now recognised as a world-leading project at the forefront of the emerging green hydrogen industry.

Situated on more than 6,500 square kilometres in the remote Pilbara region of Western Australia, and with an estimated capital cost of US$36 billion, the 26GW hybrid wind and solar power plant will at full capacity produce 1.8 million tons of green hydrogen (or 10mtpa of green ammonia) every year. With AREH now progressing to its next stage of development, CWP is busy developing additional green hydrogen projects at similar scale in locations across Australia, Africa and South America.

As an independent developer, CWP is agile and focused. The company has moved quickly to identify and develop the world’s best sites for large-scale hydrogen production. Our project pipeline of 140 GW is developing rapidly and when fully operational will produce in excess of the EU’s entire hydrogen target for 2030.

Projects under development are located in three continents and are designed to make the most of natural resources. We take into consideration the all-important wind and solar resource, land and water availability, proximity to markets, and political stability. CWP is dedicated to creating significant positive impact on the economic development of host countries and regions – an impact that can be truly transformational.

Recognizing the urgency of global decarbonization, our emphasis on scale responds to the monumental task of decarbonizing hard-to-abate sectors including heavy industry, long-range shipping and agriculture using green hydrogen and green ammonia.

Large-scale projects of this kind take up to a decade to develop and construct, so we are accelerating our work now in line with net zero by 2050 scenarios, including those from the International Energy Agency and the Energy Transitions Commission. 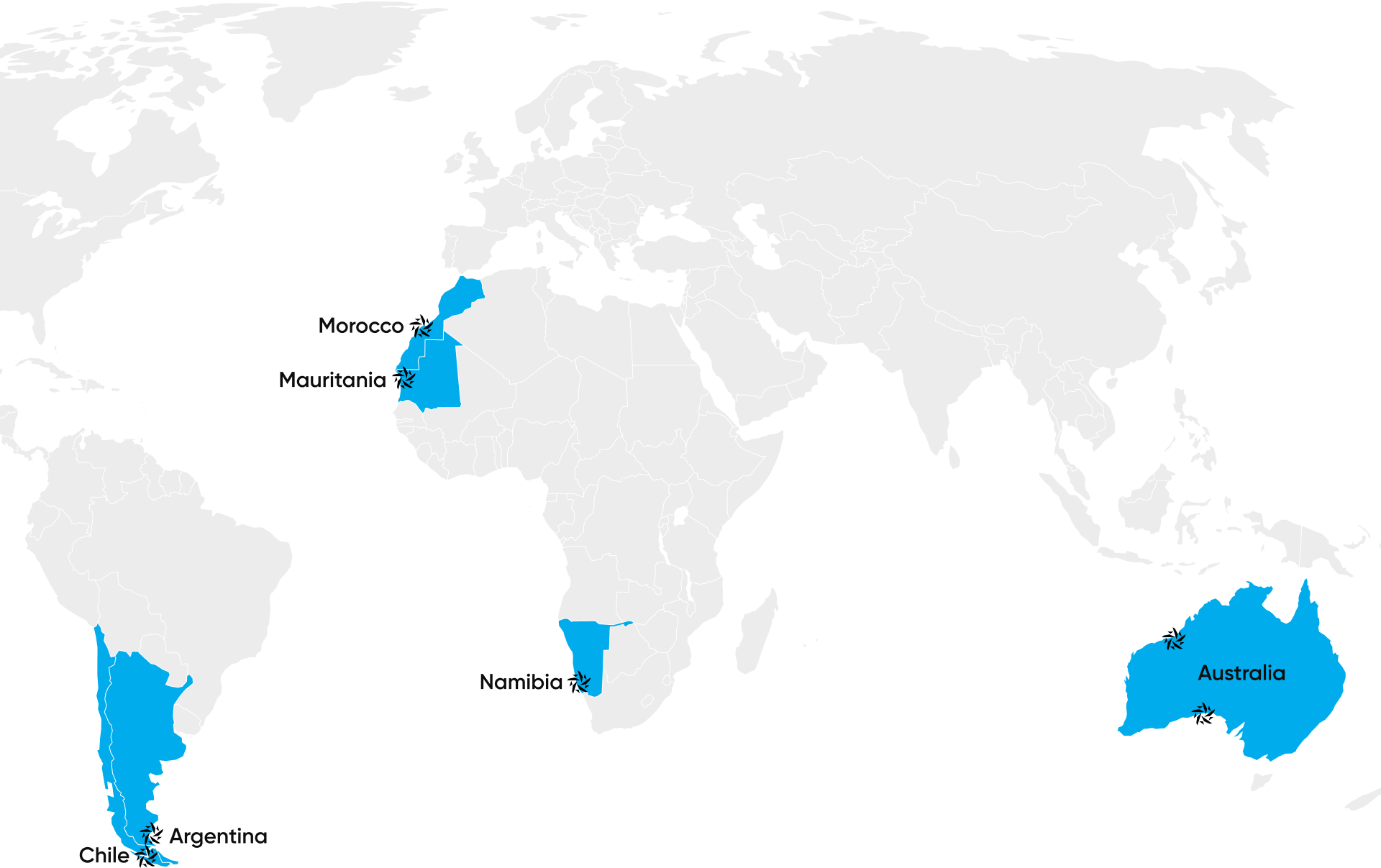 Patagonia, blessed with the world’s best wind regime, is one of the few places on the planet where wind alone is sufficient to achieve a sufficiently high utilization rate and some of the lowest-cost hydrogen in the world.

AMUN is the country's first large-scale green hydrogen project. With AMUN, the Kingdom of Morocco, one of the world’s largest producers of fertilizers, will launch a green agricultural revolution.

Located in the north and covering a site of around 8,500 square km, AMAN will be one of the world’s largest power plants and provide a transformative boost to the Mauritanian economy.

Pioneering Namibia’s green hydrogen industry since 2018, we are leveraging a fantastic wind resource and one of the highest solar irradiation levels in the world to develop Tumoneni - a hybrid green hydrogen project in the country's south.

Located in the desert of Western Australia, our pilot green hydrogen project AREH will bring not only economic benefits for the region, but also multiple opportunities for the Traditional Owners, the Nyangumarta People.